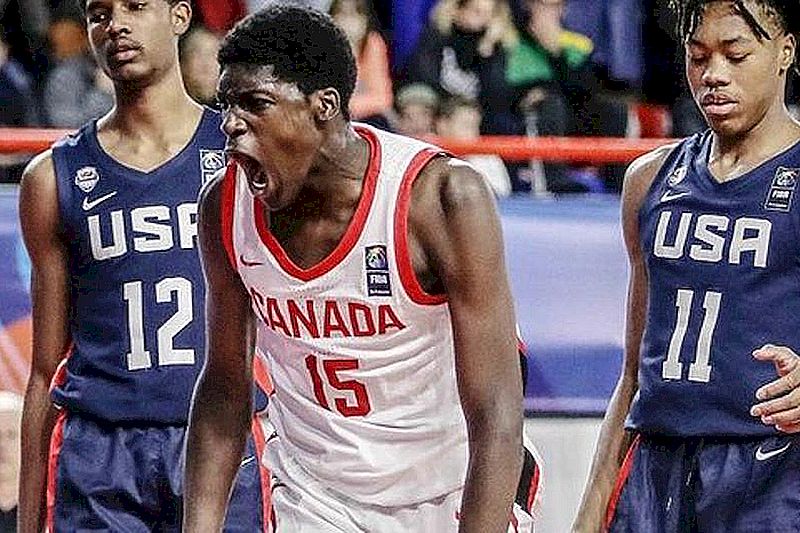 Posted at 16:01h in News by adminisa
0 Likes
Share

After stopping by an open gym at the International Sports Academy in Willoughby, Ohio, Rutgers extended a scholarship offer to Top 100 2021 forward Charles Bediako. The 6-foot-11 big man out of Brampton, Ontario plays under Dave Briski, the high school coach of current Rutgers guard Caleb McConnell.

While the offer went out to him several days ago at open gym, Bediako laughed and said he didn’t find out about it until Briski called him in between games on Saturday.

“Honestly, it’s a blessing to have received another offer (from Rutgers),” Bediako told Scarlet Nation. “Not many kids get that opportunity so to hear that is just motivation to work harder. Coach (Steve) Pikiell is a great guy and I know that the Rutgers program has a good history with basketball.”

Pikiell also has a history of recruiting and developing recruits who played under Briski. McConnell was lightly recruited by high majors at Spire Institute last year, but he’s developed into a promising player and potential steal in the 2018 class.

On Pikiell’s message after workouts, Bediako said, “We had a quick one-on-one talk (at open gym) and his message for me was basically to keep working hard,” Bediako said. “He likes my play style, he likes the way I run the floor, and how I’m a defensive presence in the paint. I’d say they started recruiting me since about late March and I’d be interested in visiting sometime in the future.”

Bediako figures to be the next attractive recruit out of Canada and more offers will likely follow, adding to prior ones from Illinois, Virginia Tech and the Scarlet Knights.

Bediako also posted three consecutive double-doubles, including an 11-point, 20-rebound, seven-block performance while playing for U-Play Canada this weekend at the Nike EYBL in Indianapolis.

As for his goals this summer, Bediako would like to help his U-Play Canada team take home the Nike Peach Jam championship in July, and further down the road, he hopes to make it to the NBA like many of his fellow Canadians.

Bediako also received an invite to try out for the U19 World Canada Team this summer. Last year, he was the youngest member on the U18 team, which included his older brother, Jaden Bediako, a Santa Clara commit.