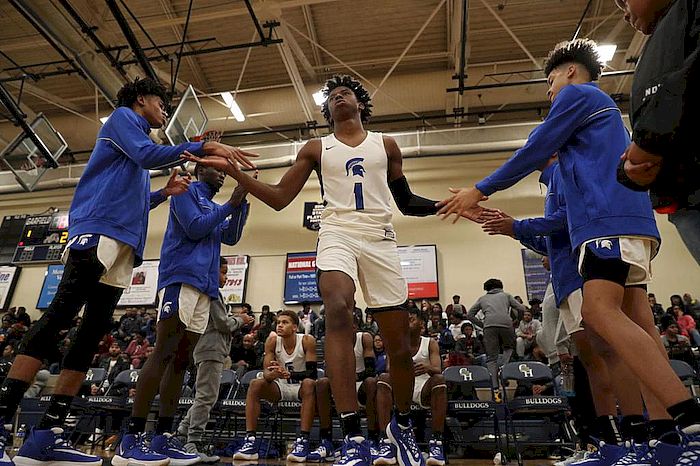 Gbolahan Adio began considering his options for the next level halfway through his junior season at Richmond Heights. Then, he began to develop a relationship with the postgraduate coaching staff at the International Sports Academy in Willoughby.

Although Adio, a first-team All-Ohio selection as a senior, stayed in touch with some college programs, the postgraduate route remained his preferred path to achieve his goal of playing at a high level in college. May 15, Adio announced his decision to spend the next year at ISA.

“I just felt it would be best for me,” Adio said. “I went over it with my family, my coaches, gave it some thought and, really, I’ve always liked the idea of postgrad — getting that extra year of development in order to get to the next level.”

Alongside earning first-team all-state recognition in Division IV, Adio was also a first-team News-Herald all-star and the D-IV Northeast Lakes District Player of the Year.

While he hopes to improve individually at ISA, Adio wants to contribute to team success against a national schedule.

“It’s still a team,” Adio said. “The number one goal, no matter where you’re at, is always to win. On top of that, I just really want to groom my game, mindset, physically and just overall better myself so I also have more opportunities to play at the college level.”

Adio follows Solon’s Mike Bekelja as another Northeast Ohio player to join ISA’s postgrad team, coached by Fabian Lara. Bekelja opted for a year at the academy after originally committing to Fairmont State. Bekelja committed to Duquesne, a D-I program in the Atlantic 10, in March.

Adio played a key role in Richmond Heights’ run to the D-IV state final four as a junior. The Spartans advanced to a regional final before the tournament was suspended, then ultimately canceled, this season due to the novel coronavirus pandemic.

After his freshman season at Villa Angela-St. Joseph, Adio transferred to Richmond Heights. He expressed gratitude toward coach Quentin Rogers and his staff for their role in his growth with the Spartans.

“I really had no choice but to develop myself,” Adio said. “Basketball-wise, every single part of my game improved year after year. Mindset-wise, they’ve always challenged us so I felt like that caused us to develop to be stronger players and people, overall, so we aren’t mentally weak.”

Adio will earn college credit in his classes through ISA, which is associated with Andrews Osborne Academy. Adio will also take SAT and ACT prep courses.

During quarantine, Adio’s stayed active via at-home workouts, stretching, running, working on ballhandling and shooting on the basket at his house.

Adio looks forward to the opportunity offered by ISA, but admitted the sudden end to his high school career was “very tough.” If the Spartans defeated Lucas in a Canton regional final, they were confident in their chances to win a state title after losing in the final four a year ago.

“We had to go out there and make a statement,” Adio said. “We felt like we owed it to ourselves, our coaches, people back at Richmond, our families, things of that nature. It felt like this was going to be the year to do it, then this all happened. And, it’s frustrating because I’m not one of the ones who can say, ‘We’ll get it next year.’ That was the end for me.”