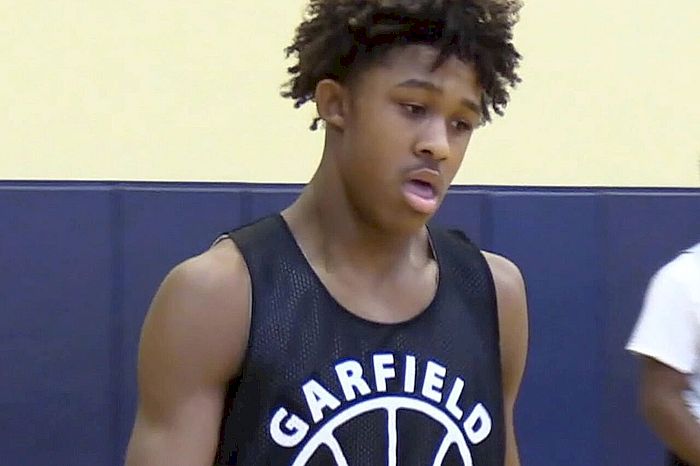 GARFIELD HEIGHTS, Ohio — Demetrius “Meechie” Johnson Jr. will put on a new jersey for the rest of his high school basketball career.

Two weeks after committing to Ohio State, the 6-foot-3 junior guard is leaving Garfield Heights for the International Sports Academy at Andrews Osborne.

The basketball-based program in Willoughby is in its second year and welcomed Johnson on Monday morning in an announcement on Twitter. The decision was confirmed by Garfield Heights coach Sonny Johnson, who added that his nephew intends to sit out the upcoming season while recovering from a torn ACL.

“We thought it would be good if he went this year,” Johnson said. “He has to sit out this year, so it’s good for him to get used to it.”

Meechie Johnson Jr., who suffered his injury during an early March tournament game, averaged 23.0 points per game last season for Garfield Heights. Sonny Johnson said part of ISA’s appeal is that it offers his nephew the option to remain there for a fifth year before enrolling at Ohio State, but he intends to still join the Buckeyes in 2021.

ISA’s players are students at Andrews Osborne Academy, but they participate in a year-round basketball regimen on the national and prep level. The organization is not an OHSAA member.

By transferring there, Meechie Johnson follows a path similar to former high school teammate and Ohio State recruit Alonzo Gaffney. The 6-9 Gaffney transferred before his senior year to Brewster Academy in New Hampshire.

ISA, which is coached by Dave Briski, loaded up in its first year with Canadian high school players. One of them is an Ohio State target in 6-foot-11 center Charles Bediako, a member of the 2021 recruiting class like Johnson.