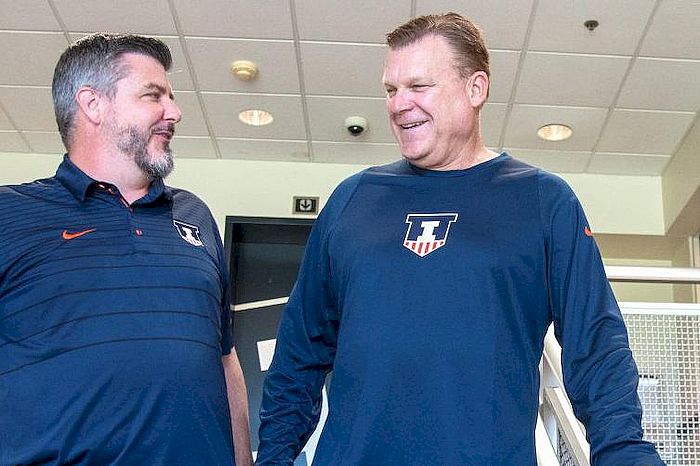 I’d consider the Illinois basketball coach off to a pretty good start given the 2019-20 Illini roster features players from the Dominican Republic, Georgia, Senegal, Jamaica, Belgium and the Republic of Chad. Illinois might not be Gonzaga — Mark Few has literally made a living off international recruiting — but Underwood is moving in that direction.

Illinois has another opportunity to “recruit the world” starting today in Heraklion, Greece. at the 2019 FIBA U19 World Cup. The Illini will have a coach in Greece recruiting, looking for the next Giorgi Bezhanishvili or Benjamin Bosmans-Verdonk. Five players holding an Illinois offer, in fact, are on three different World Cup rosters.

The Illini have offered one player on the U.S. roster in Jalen Suggs out of Minnehaha Academy in Minneapolis. That team, of course, is coached by former Illinois coach Bruce Weber.

Team Canada features three players with an Illini offer — 2020 wing Keon Ambrose-Hylton and 2021 prospects Charles Bediako and Karim Mané — and Class of 2020 point guard Andre Curbelo is back leading Puerto Rico after he guided the team to a surprise third-place finish last year at the U17 World Cup.

That still leaves Gonzaga as the leader. Of course. Four of Few’s Bulldogs will represent their home countries this month on the international stage in sophomores Filip Petrusve (Serbia) and Joel Ayayi (France) and incoming freshman Martynas Arlauskas (Lithuania) and Oumar Ballo (Mali).