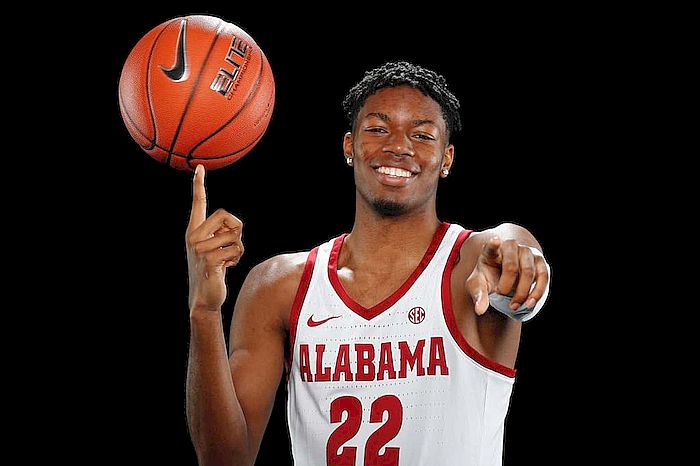 Posted at 11:59h in News by adminisa
0 Likes
Share

“I picked them because they are the best choice for development and can get me to the next level,” Ambrose-Hylton said. “They take decent players and get them to the next level. Like at Buffalo and with Herb [Jones] just hearing about the teaching of the game and how much they care about their players.”

Ambrose-Hylton, a standout at Andrews Osborne Academy, said ultimately his decision came down to Alabama and NC State, although Arkansas, Dayton and USC were also in his top five. Ambrose-Hylton took official visits to all five schools.

“They said how they see my game thoroughly and see my numbers and think they can develop me into a guard,” Ambrose-Hylton said about the Alabama staff. “They really love the way I play. Their playing style really fits me and what I can become.”

According to Ambrose-Hylton when Alabama’s coaching staff first came to his high school it was to see a teammate, but that quickly changed.

“Coach Bryan [Hodgson] is a great guy,” he said. “When he first came to the gym he was looking at Charles [Bediako] and then he saw me play and offered me immediately. Since then it’s been a real relationship.”

“They’ve been to a lot of my games and I enjoyed my visit with them,” he added. “I enjoy the coaching staff a lot, hanging out laughing and not just about basketball, I just have a great time being there.”

Ambrose-Hylton ranks No. 79 overall and as the No. 13 power forward in the 247Sports Composite Rankings.

“I can help them a lot of ways with my length, my defense playing both positions and also being able to shoot the ball at 6-8 and being able to crash the boards,” he said.

This marks the first pledge in the 2020 recruiting class for Alabama.