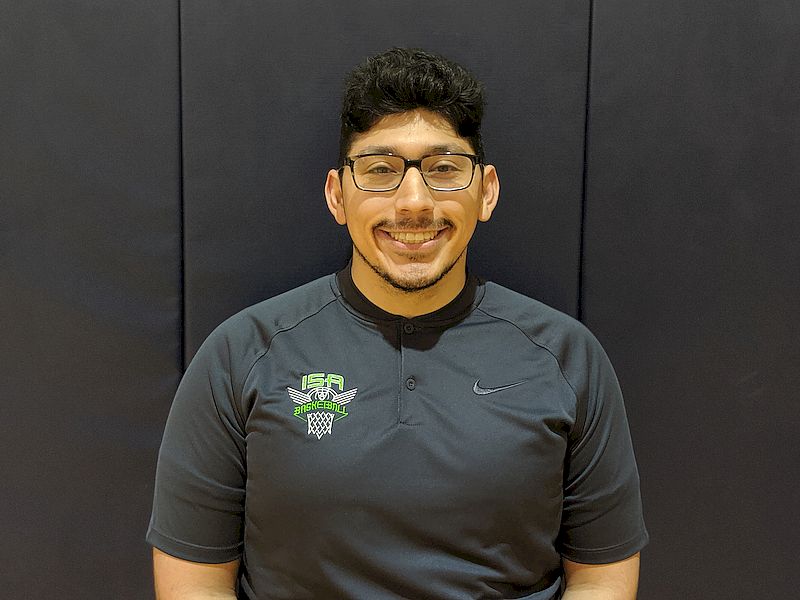 Achieving success at multiple Division I universities as a coach, Fabian brings a winning culture to player development and when leading teams into competition. Having worked with players from all ages and levels including NBA All-stars, Fabian pushes student-athletes to achieve their maximum potential.

Fabian graduated from Davidson College in Davidson, North Carolina with a Bachelor of Arts in Sociology.

Prior to becoming the Head Coach of ISA’s Post-Graduate Program, Fabian was the graduate assistant at the University of Illinois-Chicago. While at UIC, Fabian Composed all necessary film internally & externally as the program’s video coordinator for recruiting and scouting purposes. Fabian also assisted in the on-court student-athlete development as well as in the weight room, as well as assisting in academic matters for the players. Fabian also helped advance UICs’ program development and recruiting by overseeing an analytics program for individual and lineup statistics.

In 2017 Fabian worked at the NBA Draft Combine. In this capacity Fabian operated scoreboards for drills and ESPN televised games while working in collaboration with the stats team and training referees. Fabian also supported staff by completing other daily operational tasks for both G-League and NBA teams during the combines.

Fabian was the head manager at Davidson College from 2012-2016. While at Davidson Fabian delegated practice and game responsibilities to other managers to maximize time and efficiency for the program. Fabian also coordinated logistics for travel including film sessions, transportation of equipment, and team meals. Fabian participated and helped organize drills and simulated game situations in preparation of opponent’s game plans. Fabian’s duties at Davidson also included assisting the staff with postseason and preseason workouts in player development.