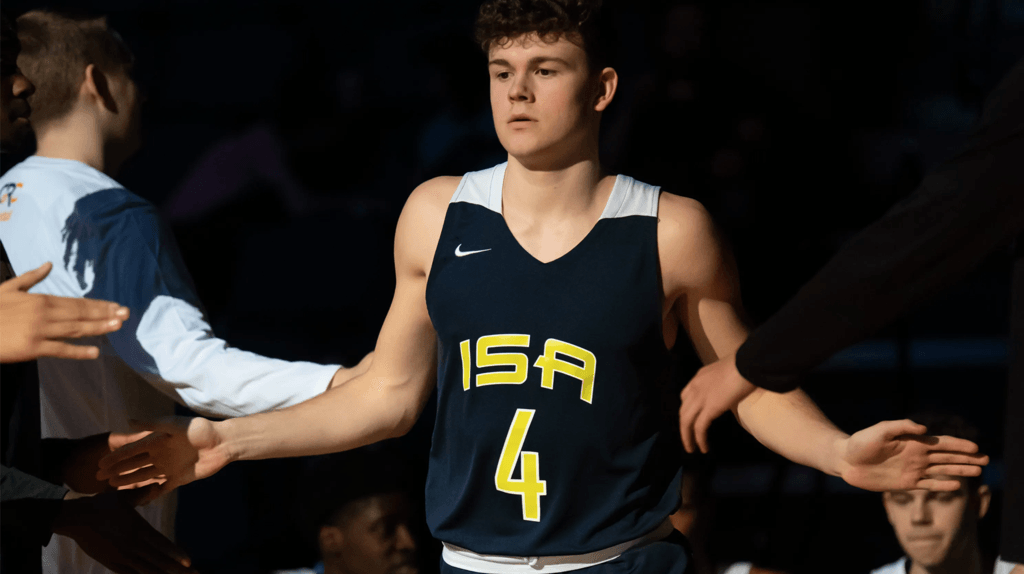 As he grew up, Colbert knew that playing for any Division I college basketball program would suffice as a dream come true. But by the time he became an upperclassmen, Colbert was a long way from playing basketball at the collegiate level.

As a junior in 2019, Colbert played sparingly on a Moeller squad that would repeat as state champions, becoming the first Division I team to go undefeated (29-0) in 24 years. Stuck behind guys like Miles McBride (West Virginia University), Alec Pfriem (Bellarmine University) and first-team All-Ohio selection Max Land (St. Francis University), Colbert was relegated to the scout team.

In Moeller’s first game of its perfect season, Colbert scored 10 points in seven minutes on 3-of-4 shooting (including a pair of three-pointers) and grabbed a pair of rebounds in an 85-42 victory over Bryan Station at Hillsboro High School. It would turn out to be the high point of his junior campaign, though, as he would go on to log just 3.6 minutes per game, scoring 30 total points over his final 21 appearances.

“My junior year was really hard on me. From the mental side, sometimes I thought that if they would’ve put me in I could’ve made a difference,” Colbert said. “There were times when I did doubt myself.”

Right after Moeller’s 52-44 win over Akron St. Vincent-St. Mary’s in the DI championship game, Colbert decided to leave Moeller for his senior season in an attempt to get more playing time, experience and exposure with the goal of hopefully landing on a college roster.

He was betting on himself and had to tame the uncertainty that clouded his mind. For that, he leaned on friends and family.

“My parents, especially, helped me through that time,” Colbert said. “Also, my friends were right by my side. We got to hang out a lot on the bench together and they knew I could play at that level and knew I would be playing somewhere my senior year.”

Colbert’s call to his AAU coach resulted in a referral to Dave Briski, who was coaching at SPIRE Institute. Briski and Bob Bossman started a program called International Sports Academy at Andrews Osborne Academy in Willoughby, Ohio.

“I went up there for a visit and really liked it,” Colbert said. “I loved what coach Briski and coach Bossman had to say and their values for the program. I really felt like that would be the best opportunity for me.”

As the old adage goes, the rest is history.

The 2019-20 season gave Colbert a college feel with typical dorm life and travel. ISA visited places like the Bahamas, North Carolina and Virginia and Colbert thrived when given an opportunity. The 6-foot-3 shooting guard averaged double figures per game and shot more than 40 percent from three-point range, helping lead ISA to a 22-13 record. He was named second-team All-Ohio, non-OHSAA.

“I had so much fun being able to spend so much time with my teammates. We would do pretty much everything together and we were very successful,” Colbert said. “That season was the best thing that ever could’ve happened to me.”

Nine months after taking a visit to Willoughby, Colbert took another visit. This time he went south to Louisville, where he watched the No. 6 Cardinals come back to defeat Georgia Tech, 68-64, at the KFC Yum! Center.

“I loved the city and the atmosphere,” Colbert said. “I loved how involved the fans were and how much they cared and were into the game.”

Less than two months later, Colbert officially committed to Louisville as a preferred walk-on. He announced his decision in a Twitter post.

Colbert was happy about the University of Louisville College of Business, where he will pursue a career in finance. He’s also excited about playing for Louisville head coach Chris Mack, who spent more than 20 years in Cincinnati as a player and coach.

“Growing up I got to see all of the great things he did at Xavier and I thought that would be a cool opportunity to play for a Cincinnati guy because we’d have the same background,” Colbert said.